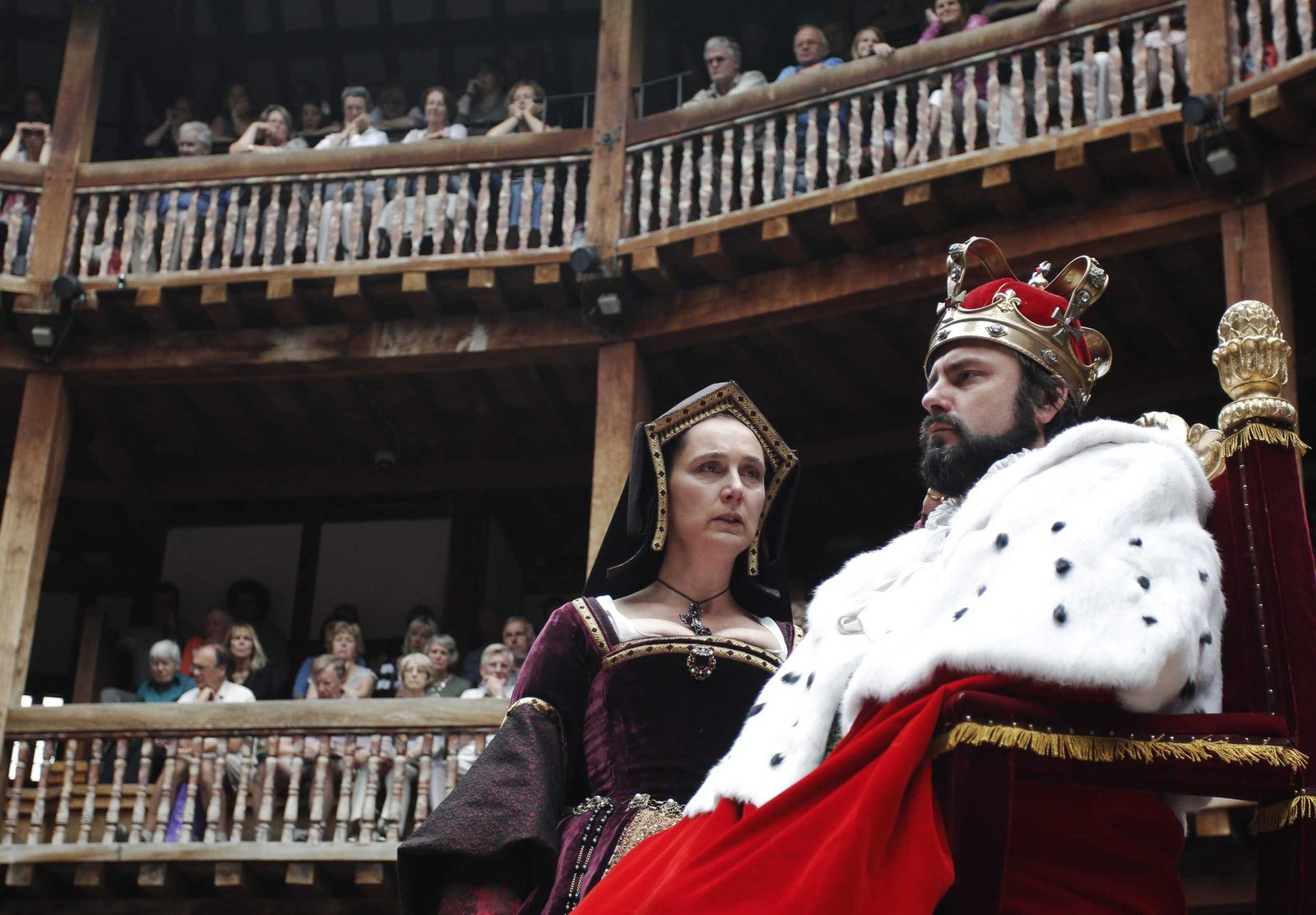 London. An ante-chamber in the palace.

[Enter NORFOLK at one door; at the other, BUCKINGHAM] [p]and ABERGAVENNY]

[Exeunt CARDINAL WOLSEY and his Train]

The same. The council-chamber.

An ante-chamber in the palace.

A Hall in York Place.

[Hautboys. A small table under a state for CARDINAL] [p]WOLSEY, a longer table for the guests. Then enter [p]ANNE and divers other Ladies and Gentlemen as [p]guests, at one door; at another door, enter GUILDFORD]

An ante-chamber in the palace.

[Enter, to Chamberlain, NORFOLK and SUFFOLK]

An ante-chamber of the QUEEN’S apartments.

[Enter ANNE and an Old Lady]

[Trumpets, sennet, and cornets. Enter two Vergers,] [p]with short silver wands; next them, two Scribes, in [p]the habit of doctors; after them, CANTERBURY alone; [p]after him, LINCOLN, Ely, Rochester, and Saint [p]Asaph; next them, with some small distance, follows [p]a Gentleman bearing the purse, with the great seal, [p]and a cardinal’s hat; then two Priests, bearing [p]each a silver cross; then a Gentleman-usher [p]bare-headed, accompanied with a Sergeant-at-arms [p]bearing a silver mace; then two Gentlemen bearing [p]two great silver pillars; after them, side by side, [p]CARDINAL WOLSEY and CARDINAL CAMPEIUS; two Noblemen [p]with the sword and mace. KING HENRY VIII takes [p]place under the cloth of state; CARDINAL WOLSEY and [p]CARDINAL CAMPEIUS sit under him as judges. QUEEN [p]KATHARINE takes place some distance from KING [p]HENRY VIII. The Bishops place themselves on each [p]side the court, in manner of a consistory; below [p]them, the Scribes. The Lords sit next the Bishops. [p]The rest of the Attendants stand in convenient [p]order about the stage]

[She curtsies to KING HENRY VIII, and offers to depart]

[Exeunt QUEEN KATHARINE and her Attendants]

[Exeunt in manner as they entered] (Henry VIII Shakespear Darma)

[Enter QUEEN KATHARINE and her Women, as at work]

[Enter KING HENRY VIII, reading of a schedule, and LOVELL]

[Exeunt all but CARDINAL WOLSEY]

A street in Westminster.

[Enter two Gentlemen, meeting one another]

[They pass over the stage in order and state]

[Exit procession, and then a great flourish of trumpets]

[Giving it to KATHARINE]

London. A gallery in the palace.

[Enter GARDINER, Bishop of Winchester, a Page with a] [p]torch before him, met by LOVELL]

Before the council-chamber. Pursuivants, Pages, &c.

[Enter Chancellor; places himself at the upper end] [p]of the table on the left hand; a seat being left [p]void above him, as for CRANMER’s seat. SUFFOLK, [p]NORFOLK, SURREY, Chamberlain, GARDINER, seat [p]themselves in order on each side. CROMWELL at [p]lower end, as secretary. Keeper at the door]

[CRANMER enters and approaches the council-table]

[Enter KING, frowning on them; takes his seat]

[Noise and tumult within. Enter Porter and his Man]

[Enter trumpets, sounding; then two Aldermen, Lord] [p]Mayor, Garter, CRANMER, NORFOLK with his marshal’s [p]staff, SUFFOLK, two Noblemen bearing great [p]standing-bowls for the christening-gifts; then [p]four Noblemen bearing a canopy, under which the [p]Duchess of Norfolk, godmother, bearing the child [p]richly habited in a mantle, &c., train borne by a [p]Lady; then follows the Marchioness Dorset, the [p]other godmother, and Ladies. The troop pass once [p]about the stage, and Garter speaks] 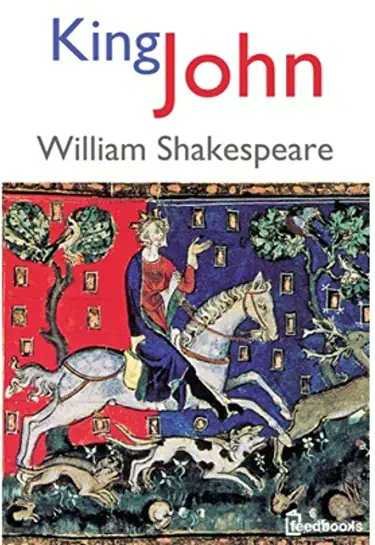 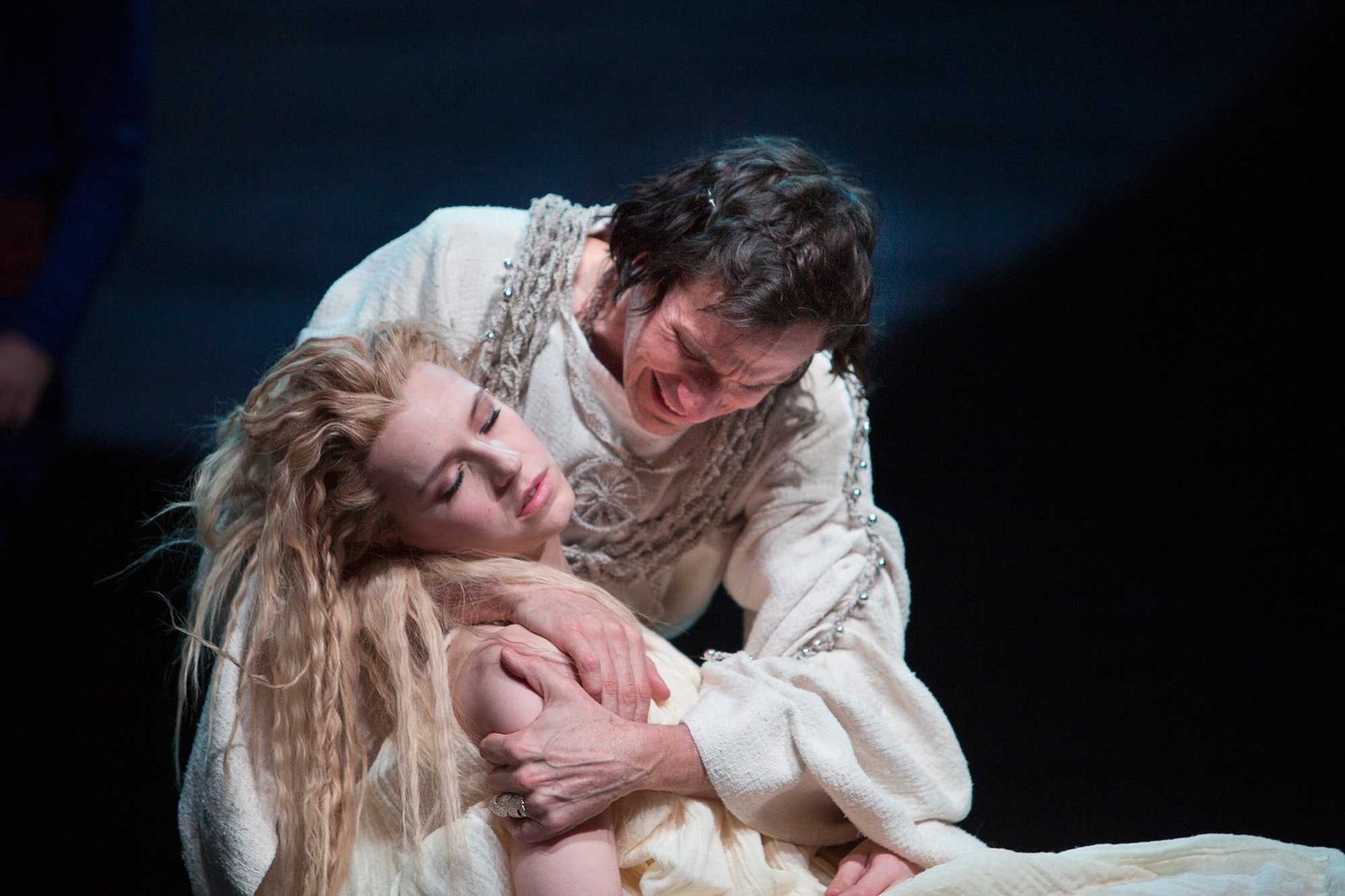